This project was made for the Fall 2010 class “Conducting Robots” at TCNJ under Professor Salgian, Professor Wang, Professor Ault, and Professor Nakra. Below are the other members of the Soulbot team.

We included the word soul into the name for a very specific reason- we attempted to add the subtler parts of conducting to the robot such as the chest breathing. Below you can see the final performance of Soulbot conducting two different pieces. 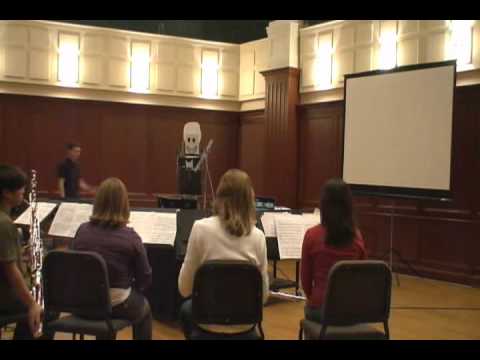 In order to achieve this, there were three main aspects of the hardware: the cueing system, the LED chest, and the servo driven arms. These hardware pieces were all attached via a serial port to a computer running a Processing program that converts a MIDI piece into an array of arm movements and cues. Below is the overall system diagram: 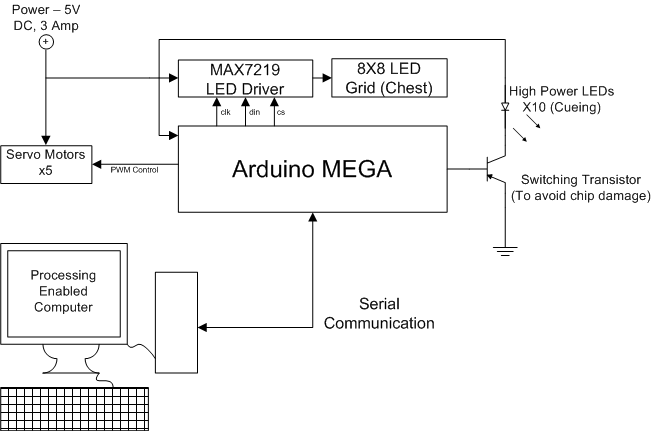